The biggest challenge I place upon myself as a photojournalist covering Special Olympic events is that I try to cover as many events and as many athletes as I can. And the biggest on-going regret as I have as a photojournalist covering Special Olympic events, is that I am unable to cover them all for I yearn to do my part to help bring the spotlight to all of these most deserving athletes with all their displays of courage, abilities, and celebrations of triumph for they deserve no less. This will be a delimma; an emotion I consider not a bad thing as it comes from a good place within my heart, that I will struggle with for all the time I cover Special Olympic events, which, if I am blessed enough, will not end anytime soon.

On Tuesday, March 21st, my all-to-familiar delimma was at it again. I had driven to the Austrian city of Schladming, in the state of Styria to cover the Alpine skiing and snowboarding events of the Special Olympic World Winter Games 2017 – sports that I enjoy myself but still have yet to master. I started the day off by taking photo after photo of every athlete in both events, choosing at that time to capture as many “moments” as I could. As a photographer, I am always looking for the “perfect” shot, the image that “says it all”, and images that will do the athletes justice – I know my images will never fully encapsulate the athletes for who they are and what they represent are but I try to come as close as I can…part Aspie, part perfectionist!. This always leaves me with numerous photos to sift through at the end of the day, but as in the past, the images best for spotlighting make their way to my galleries and articles to bring awareness to these athletes of Special Olympics for all that they stand for and represent. When all is written and posted, I’m always left with feeling that I could have done more, and a wish that I could have spotlighted more athletes and more “moments” in my articles and galleries; these emotions will always linger within me but I’d rather strive to take do too much than too little.

On many occasions, my articles are about the athletes in general. But sometimes, in spite of so many deserving athletes. one athlete makes his or her way into the feature spot of one of my articles. Sometime it is planned, and sometimes it’s not and on this day, it was not. As I watched the events of the day, an athlete kept drawing my attention as I stood near the exit ramp of the snowboard competition slope; a place where I tactically placed myself to capture the best images I could. Her name was Daina Shilts from the U.S. smowboarding team. Time after time, whenever a teammate of hers would exit the slope after their respective run, she would bounce up and down as she whooped and hollered in support. And none of them escaped the slope without getting an all embracing hug from Daina in a tender and heart-warming display of congratulations appearing to have no relevance to whether or not performance their performance was a win or lose one. One would think by watching Daina over and over exuberantly greet her teammates in this way, that she would soon tire, or that it would affect her own performance on the slope in some way. This could not be farther from the truth because what I had the priviledge of witnessing on that day, was Daina encapsulating every essence of the word “athlete” as she effortlessly cut around every bend of the course with all the prowness of most snowboarders I’ve seen in the past. And Daina obviously saved up plently of exuberance for herself for as she exited the slope, she made no effort to contain her excitement as she jumped up and down and joyously threw her arms around her coach, parents, and teammates. It was an infectious display of joy and happiness that touched my heart and soul; even now as I relive the experience to write these words. I learned minutes later, Daina’s perfomance won her the gold along with her teammate Christopher Perdue who I also watched slice and cut back and forth across the course as if he exited his mother’s womb snowboarding into the doctor’s arms. I knew at that moment I wanted to; heck, I was compelled, to speak with them both. 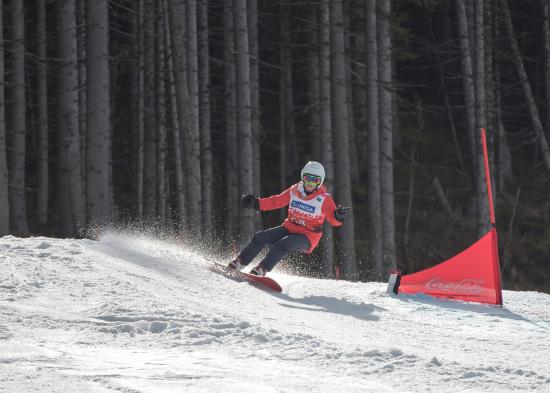 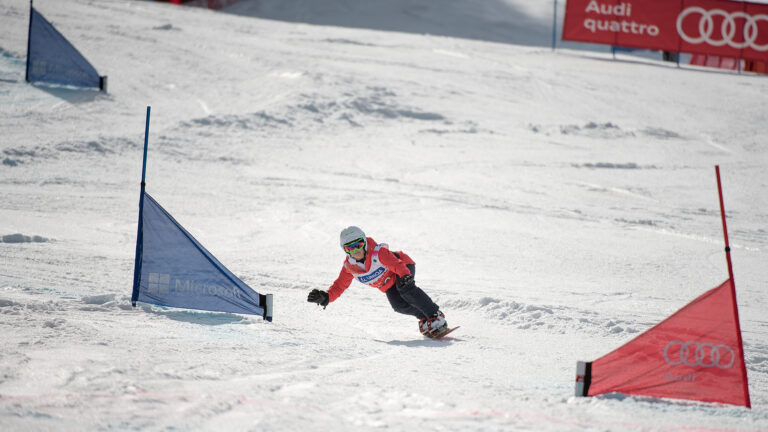 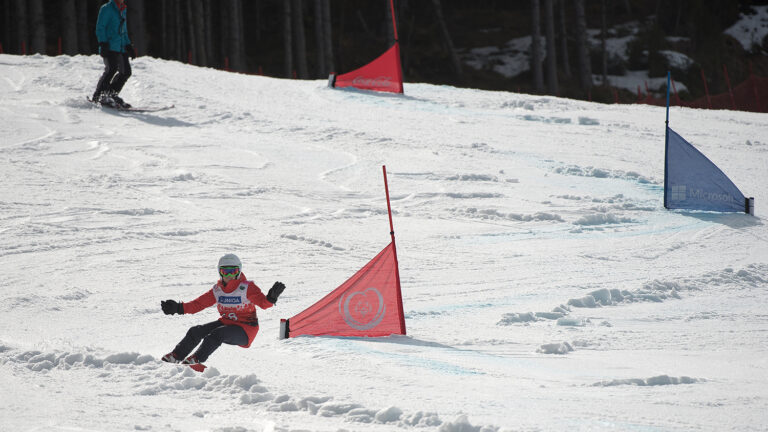 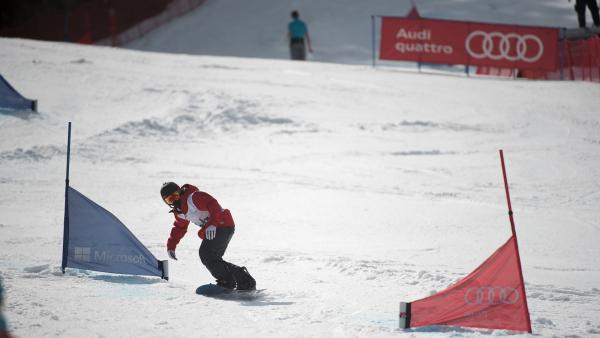 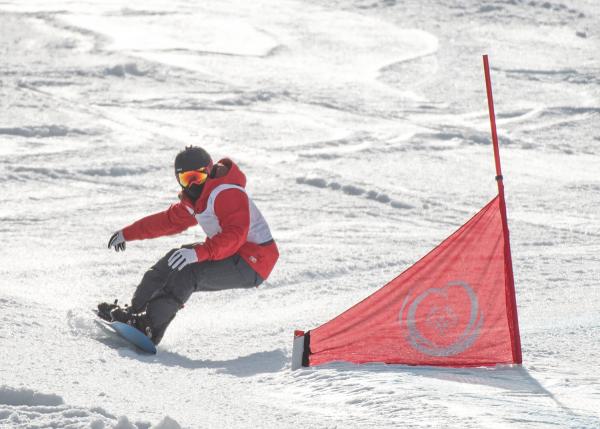 Near the end of the day, Daina and Christopher slipped away from the groups of fans that were vying for their turn at congratulating them to speak with me. Both were still buzzing with excitement, which continued through my interview with them that resulted in answers being joyously blurted out. Daina excitedly told me she has been involved with Special Olympics for 19 years and her coach has always expressed his confidence in her abilities as an athlete. Daina proudly added that back home in Wisconsin, she helps care for a little girl with Autism and is a respite provider for people with intellectual and physical disabilities. Christopher, who was a little more reserved than Daina, told me he became involved with Special Olympics over 5 years ago when he began as a volunteer then joined the team as a snowboarder. I asked Daina and Christopher about what it felt like for them to be at the World Games. Before I could finish by sentence, Daina looked to the sky with a reflective look and blurted out, “wow!”, then added that, “…it means the world to be here and to be representing Team USA….” Christopher simply summed up his experience with the word, “Incredlble” as he flashed a grin so wide, it outshone the glare of the snow.

As stated earlier in this article, I wish I could feature and spotlight each and every athete of Special Olympics for all of their stories, talents and abilities and displays of unadultered joy and happiness for the world needs to see and read about these examples for we all learn could learn much from them. But rest assured, Daina and Christopher are two atheletes representative of them all for what they stand for, represent, and have achieved. I have not even begun to scratch the surface of the stories to be told and images to be shared, but I cannot wait for the next time I give it my best to scratch a little more.

(To read about the author, scroll to the end of the image gallery below) 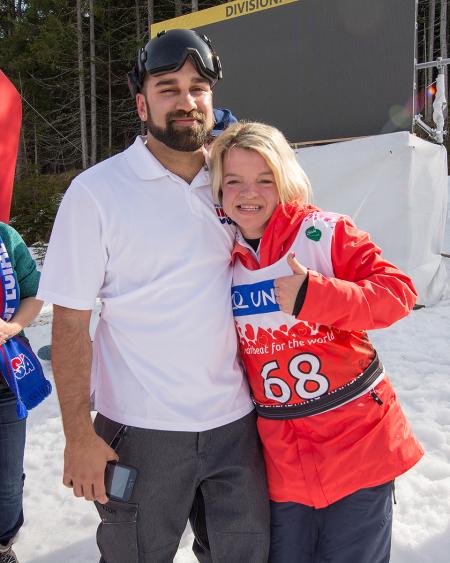 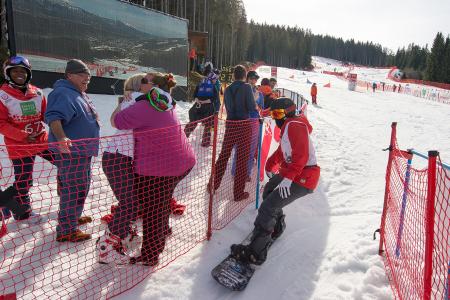 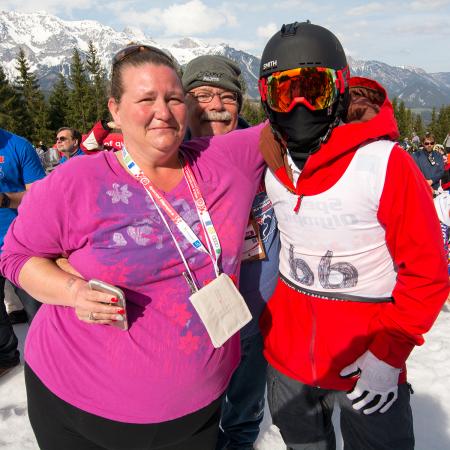 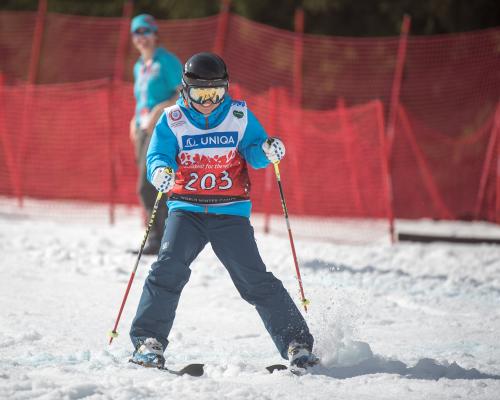 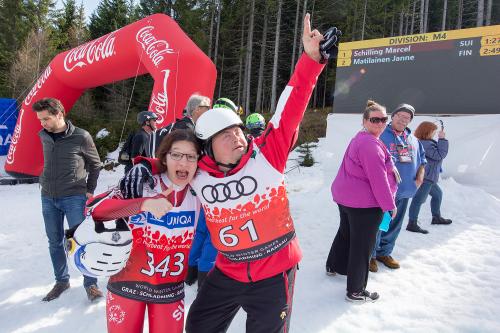 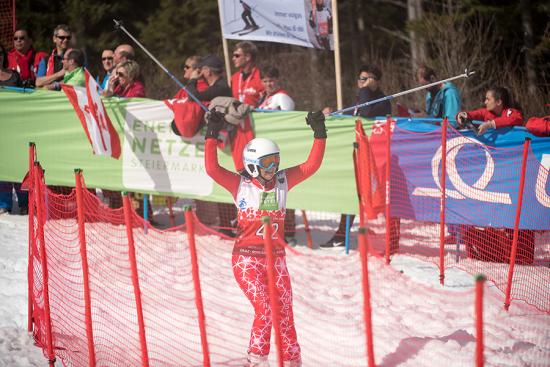