HomeChildren and ParentsGod Therapy for Autism 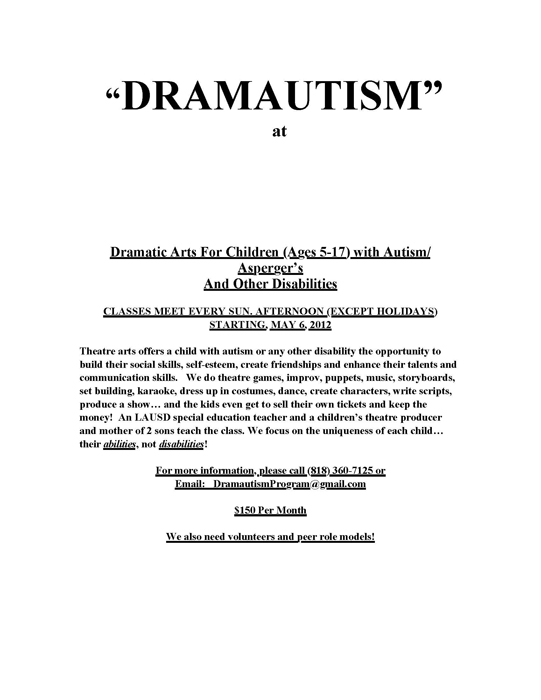 “Why me, God?!!” I screamed tearfully after BOTH of my two sons were diagnosed with autism. That was 100% of my children! I had considered myself a good, Christian person who tried to help others and obey the Scriptures. The irony of this whole situation was that many, many years ago in the 70’s, I had volunteered to work with autistic children while attending college. I lasted all of 15 minutes before I dropped out. It was more than I could handle. (Okay, God, you do have a sense of humor, but why do you have to prove it with me??!)

When my first son was diagnosed with autism at 5 years old, I was shocked. I thought he was just an extremely shy little boy who loved to walk on his tippy-toes and line up his toys. He had quirks like being sensitive to certain sounds . . . for instance, on every July 4th (my birthday), he and I would have to ostracize ourselves in the family car. While everyone outside was having fun during the celebration, I was pressing hard against my precious son’s little ears to block out the sounds from the fireworks.

And then when my second son came along, my mother’s instinct told me something wasn’t right … after he was born, he had a circumsion and did not exhibit any sign of pain; in fact, he had a little smile on his cute little face. The doctor said that was very “abnormal.” My son’s head was exceptionally large, and he had trouble holding it up because of the low muscle tone in his neck. He could practically touch his shoulder blades with the back of his head … (a natural “contortionist”). And then when he wasn’t babbling or talking like other kids his age, I had him tested at the Regional Center. You can guess the outcome. Autism. (Okay, God, I’m REALLY mad at you!) The educational psychologist said that he would never be mainstreamed with “typical” kids. My heart broke into a million pieces. But from a million pieces, I’ve since learned, one can eventually create a beautiful mosaic.

Like a lot of parents who receive the diagnosis of autism in their children, I went through a severe grieving period. Instead of strengthening my faith, I completely lost it. I refused to go to church and doubted the existence of God. Life was so hard. Not only was I embroiled in fights with the school district, the insurance company and the Regional Center, I was immersed in World War 3 with my husband. Our marriage was hanging on by a very thin bungee cord; whenever we split up (which was innumerable times), somehow that bungee cord pulled us back together.

Even though society loves to label our children as broken, I see them as gifts. After my anger at God subsided, I realized that my kids were not just “gifts” . . . they’re “gifts from God.” I could see the love of Christ in their little faces … and their gentle, angelic spirits. I really feel that children with a disability have a special connection to God; their bodies are disconnected from the world so their spirituality can connect to Christ. Social conformities and awareness don’t muddle that connection like it does in “normal” people. By their very nature, children with disabilities exhibit the purity and love of Christ.

When my kids were younger, my life was on automatic pilot trying to secure services for them; life was just a big “to do” list. There was no joy in my life. One day, after feeling frazzled and overwhelmed, I knew something had to give. The hamster wheel I was on had to stop. I decided to surrender everything, including my problems, to Christ. Enough sleepwalking through life. I went back to church and started reading the Bible again. I prayed and prayed with all my heart and soul for my kids. And then the miracles started happening . . .

There is scientific proof to the power of prayer. According to Dr. Harold Koenig, associate professor of medicine and psychiatry at Duke University, in his book Handbook of Religion and Health, prayer has a positive effect on your health:

No one wants their child to be born with autism. But it happens. God is the Master Architect of the universe, and suffering is just a part of the human condition. We cannot comprehend why God allows suffering; we have to trust Him and have faith. It’s like the little kid who goes in to have a shot at the doctor’s office; he doesn’t understand why he has to get the shot … he cries and cries out in pain, but his parent can only be there to comfort him, knowing it is good for his overall health.

My oldest son is now attending a university, majoring in journalism to become a sports writer, and he has friends; my youngest son who was told that he would never be mainstreamed was voted “Student of the Month” and is now conquering the world in a general education classroom.

God bless you all!

Romans 5:2-4 (NIV): “… through whom we have gained access by faith into this grace in which we now stand. And we boast in the hope of the glory of God. Not only so, but we also glory in our sufferings, because we know that suffering produces perseverance; perseverance, character; and character, hope.” 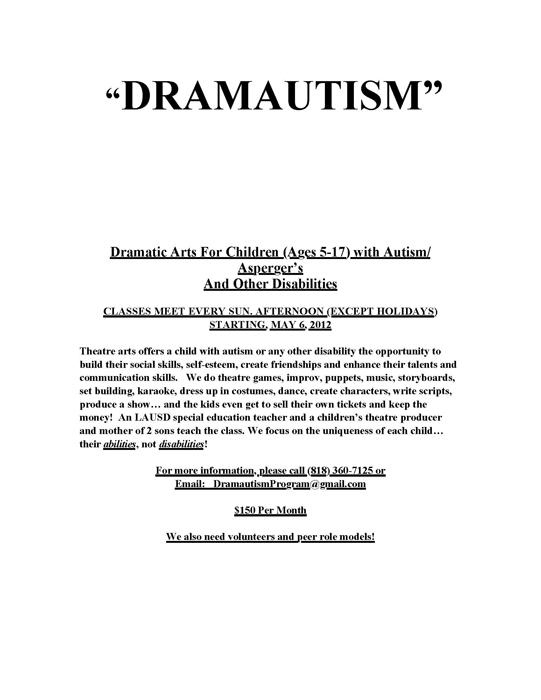