Anita DeFrantz, President of LA84, Has a “SHERO”

HomeChildren and ParentsAnita DeFrantz, President of LA84, Has a “SHERO”

Anita DeFrantz, President of LA84, Has a “SHERO” 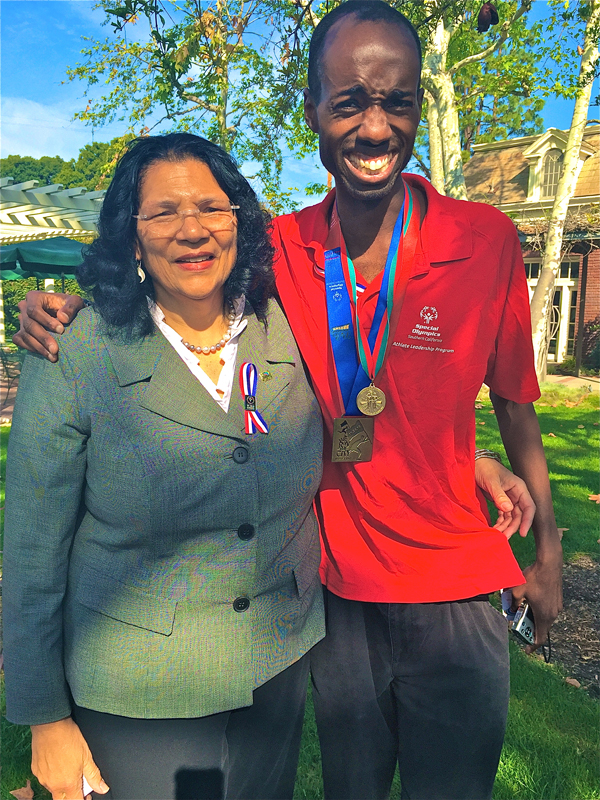 When Anita was a child she was not given the opportunity to play sports. She grew up with 3 brothers and was the only girl on her block. She substituted sports with music, finding a place in the choir, which gave her the “team” experience, but was definitely not sports. As I Interviewed Anita, her story hit close to home as I also grew up in a prominently boys’ world.

Unlike most girls who accepted a world of non-sporting activities, Anita would not settle for ‘NO’! Still she could not understand why boys had access to sports and girls did not. Finally she began college, where she was not the only female hungry to play sports, and went on to make the basketball team.

I asked Anita how she discovered her love for rowing. She told me that during her sophomore year in college she was walking across campus and her attention was captured by something hanging in a sling. She inquired about it and was told about rowing, and how she’d be perfect for it!. She laughs and tells me, “Now there’s a line!”.

Anita thought she may not be perfect for rowing but it was perfect for her. She loved that it was outdoors, required teamwork, did harm to no one, and you even put the water back wear you got it, with each stroke. She went on to captain the American rowing team at the 1976 Summer Olympics, winning the bronze medal in women’s eight.

I am often asked what exactly are the Special Olympics. DeFrantz tells us, “It is an event for people that have mental challenges. Not to be confused with Paralympics, which is for those with physical disabilities.” She adds, “My belief is that sport is a birth right. This gives opportunity to all those faced with mental challenges to have the opportunity to enjoy and participate in sports they love.”

Anita informs me, “The mission of LA2015 is bringing together the athletes of the world who compete in this category, to have the same kind of celebration of excellence and joy that the Olympics bring to other athletes in the world. Hosting it here in Los Angels is wonderful because this city has twice hosted the Olympic games very successfully. LA will certainly welcome the Special Olympians with the joy and support that they did for the Olympians of yesteryear. There will be two villages for the athletes, one at USC and one at UCLA.”

When I asked Anita my infamous question — who is your hero, she told me that her mother and grandmother were her heroes for certain! Then gave the term a unique twist, Her other “Shero” she told me, is Harriet Tubman.

Tubman was enslaved but made the decision not to live that way. She made her way to freedom, then went back and risked her freedom to aid in freeing others. Also, Tubman was the first woman to sign up for the Civil War and played a part in a major victory. Then the rules changed and when Tubman lost the right to carry a weapon, she went on to work in the hospital. After, she was active in caring for elderly and indigent until she no longer could.

One of Anita De Frantz deepest value is teamwork. We know that teamwork is essential for getting along in all communities. Anita said, “You can work towards a common goal with those who are not your best friends, you can subsume your ego for the good of the whole, you learn about decision making, what your going to do to prepare, are you going to be on time, are you going to practice indoors or out, etc.; and you learn how to be prepared taking part in a team.” We both agreed respect for others is vital. Anita says at LA84, “Through sports and the teamwork that sports provide, we are getting youth “Life-Ready!”