Finding Your Self-Esteem From Within

HomeChildren and ParentsFinding Your Self-Esteem From Within

Finding Your Self-Esteem From Within 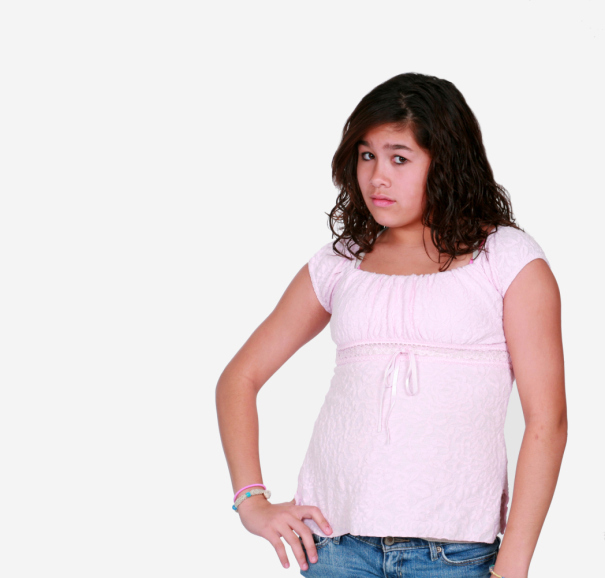 I grew up as a child actor and model, from ages two to eighteen. I never did anything fame-worthy, but I did pose for Vogue Bambini and Rolling Stone Magazine, with Fleetwood Mac. I also got to repeatedly stuff my face with cookies in a Pillsbury Cookie Dough commercial. I loved being on set. There was a sense of pride I felt, getting constant attention from directors, makeup artists, and cameramen, and it was addictive, because it gave me a sense of self-esteem. I was the cute curly-haired Shirley Temple-like girl that made enough money to fund my entire college career, and I put a lot of pressure on myself to succeed.

When I turned five, I started gaining weight. I never told my mother when she offered me half of a Häagen-Dazs chocolate ice cream bar after every dinner, that after school, I’d have a whole chocolate ice cream Häagen-Dazs bar to myself, along with some cereal. My cholesterol skyrocketed, and per doctor’s orders, I was put on a strict diet. My mother scrutinized my body daily, because my health and “career” were on the line. During one photo shoot for Nordstroms, the cameraman, very publicly, told my mother that I had “VPL” (i.e. visible panty lines). My mother was mortified, and she started to monitor my eating habits even more closely. I never developed an eating disorder, but I had strange habits, like cutting the frizzy parts of my hair, and hiding them under our couches, beds, and television sets. I’d also compulsively stay up late till one or two in the morning, trying to perfect my homework, because I felt that it was never good enough. I felt shamed very early on, and I think, as a result, I stopped trusting myself. It didn’t help that when I turned seven, my parents divorced and my father disappeared. I was never taught how to cope with the situation, and feeling less loved, I developed a lack of self-worth. In elementary and middle school, I always felt like I was making mistakes and had to get approval from someone else. And, even when I got encouragement from a person outside my family, I never trusted their judgment.

This “career” in child modeling and acting, as well as the disappearance of my father, has led to a lifelong battle to find the self-esteem within myself. I am currently taking a class at UCLA Extension called “Building Self-Esteem in Young Children”, and I’m quickly starting to realize that my early years were crucial to developing a strong self-concept, and a foundation was never formed for me. A child’s self-esteem starts with the parents. A child needs to feel loved, safe, appreciated, and most importantly, they need to learn to cope with stress and complicated emotions. Yes my mother was a committed parent, but the constant stress she felt as a single mother made it hard for her to communicate with me or be there for me emotionally. The number one thing you can do as a parent is to commit to your child — be there for him/her emotionally, constantly show your love and support, and ALWAYS explain your feelings, even the complicated things you’re going through, so that your child can understand you and feel safe about sharing his/her conflicts. Appreciation is also key. Rather than praising your child for all his/her accomplishments, show your child that you appreciate his/her efforts and interests. The constant praise and flattery I had as a young child on set was not necessarily productive for my self-esteem. I made it my goal to be praised, and when I gained weight and stopped receiving the praise, my self-concept was shattered. When my mother started asking me about my interests outside of the modeling/acting world, and I was enrolled in art, music, and dance classes, that’s when I felt listened to and appreciated. 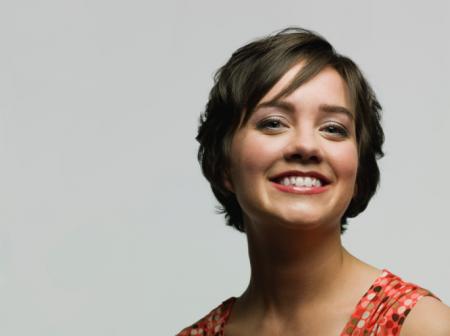 What I still struggle with to this day, is coping with failure. I was never taught that it was okay to fail and make mistakes, and so now, as an adult, when I make mistakes, or I can’t achieve something, I’m really hard on myself to the point that it becomes mentally destructive. My mother, being constantly stressed throughout my childhood, had no time to model ways for me to cope or behave during difficult times. If you are a parent, it’s incredibly important to talk through your child’s behaviors in a supportive way. Rather than trying to understand my eating habits, hair-cutting, or compulsive late-night studying, my mother just yelled at me or enrolled me in classes and tutoring sessions, rather than calmly addressing the behaviors herself. Asking a child why they’re doing something, or what they were thinking when they did something, can really help them process their behaviors and their feelings behind them, as well as make them feel loved and appreciated. Read books to your children that teach lessons about coping with certain feelings, and take your child and yourself to therapy if you’re having a hard time. Modeling behavior for your child helps them communicate effectively and adapt socially.

Lastly, self-expression is one of the most important ways for a child to develop a strong self-concept. Because my mother exposed me to art, music and dance classes, to this day, being an artist and writer is what makes me resilient. A child that learns they can create something on their own will later have a strong sense of independence. I remember in fifth grade, we had an assignment to make self-portraits, but a mother of a child in the class came in and drew our faces, and then we added stickers to the portraits. In my portrait, I saw that one of my eyes was smaller than the other, and since, then, I have always been fixated on that minor detail. Make sure that if you enroll your child in an art class or school, that the teachers don’t DO the projects for the children. Also, as a parent, try not to help your child with their work. Only the child should be doing the homework and artwork. The teachers are there to guide. If I had made my portrait myself, imagine how different it would have been. Giving your child creative freedom can really help him/her learn to trust how he/she approaches a task, even outside art. A child that learns to trust his/her creative judgment and not judge him/herself is a child that develops a strong self-esteem.

If you are an adult that’s struggling to build your self-esteem, start recognizing when you put yourself down. Write it down. Why do you criticize yourself when you do? When do you notice yourself feeling good about yourself? Start surrounding yourself with people that make you feel stronger, and that may involve taking a class in a subject that you’re interested in, or volunteering for an organization that you care about. Finding the self-esteem within yourself is completely possible, because it does exist, whether you know it or not. You just need to recognize when you feel your self-esteem the strongest, and try to make it a constant, rather than occasional occurrence. Don’t depend on other’s praise. Learn to praise yourself.