HomeChildren and ParentsLA2015 Is Here! Southern California is... 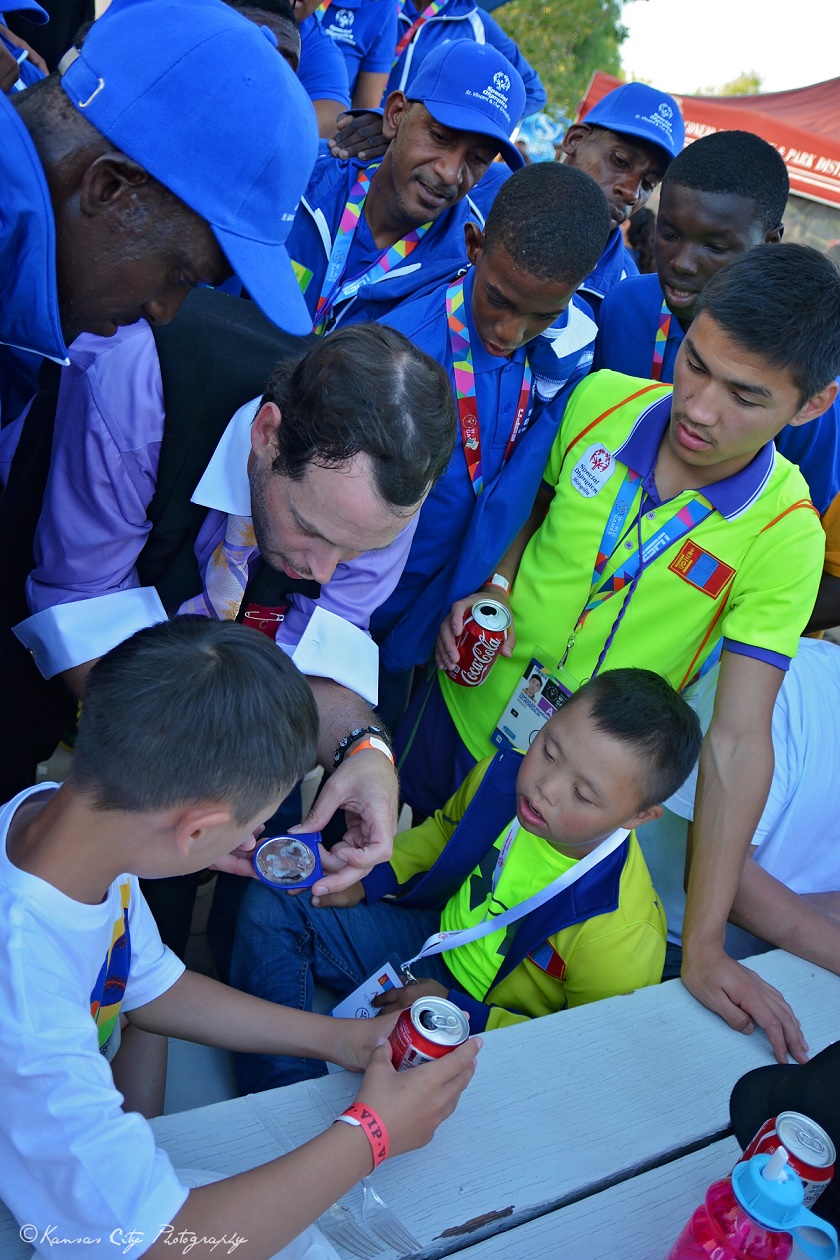 What a grand sight​ to see as a marching band begins the procession of athletes from Mongolia, San Marino, St. Vincent & the Grenadines and Tajikistan, all who are participating in this years Special Olympics World Games LA2015. The athletes were dressed in colorful sports uniforms, displaying a banner that said the different countries names of which Thousand Oaks, California is hosting. SpecialNeeds.com was invited to their “Community BBQ” to enjoy the one of many festivities surrounding the world games that will be going on from now until closing ceremonies August 2nd, Sunday at the Los Angeles Memorial Coliseum. Each Host Town is showing on outpouring of volunteerism at its finest. Everyone we encountered was welcoming and warm, with plenty of hugs and smiles to go around the earth several times over!


Mayor​ Pro Tem,​ Joel Price announced the athletes as they entered the picnic area of the beautiful Conejo Valley Park. The Mayor Pro Tem is the reason that Thousand Oaks is a host city. When he found out that the Special Olympics World Games was coming to Los Angeles he made it his mission to get his town to participate in anyway they could, and what a great job they are doing housing and entertaining the athletes.​


​T​he wonderful cheerleaders, known locally as the “Sparkles,” did a great job of getting the night’s celebration off to a fantastic start! Tri-tip and chicken was being cooked on site and everyone got a chance to eat hearty while a celebrity magician, Evan Disney entertained them. Others in the music and entertainment industry came out for the occasion as well. 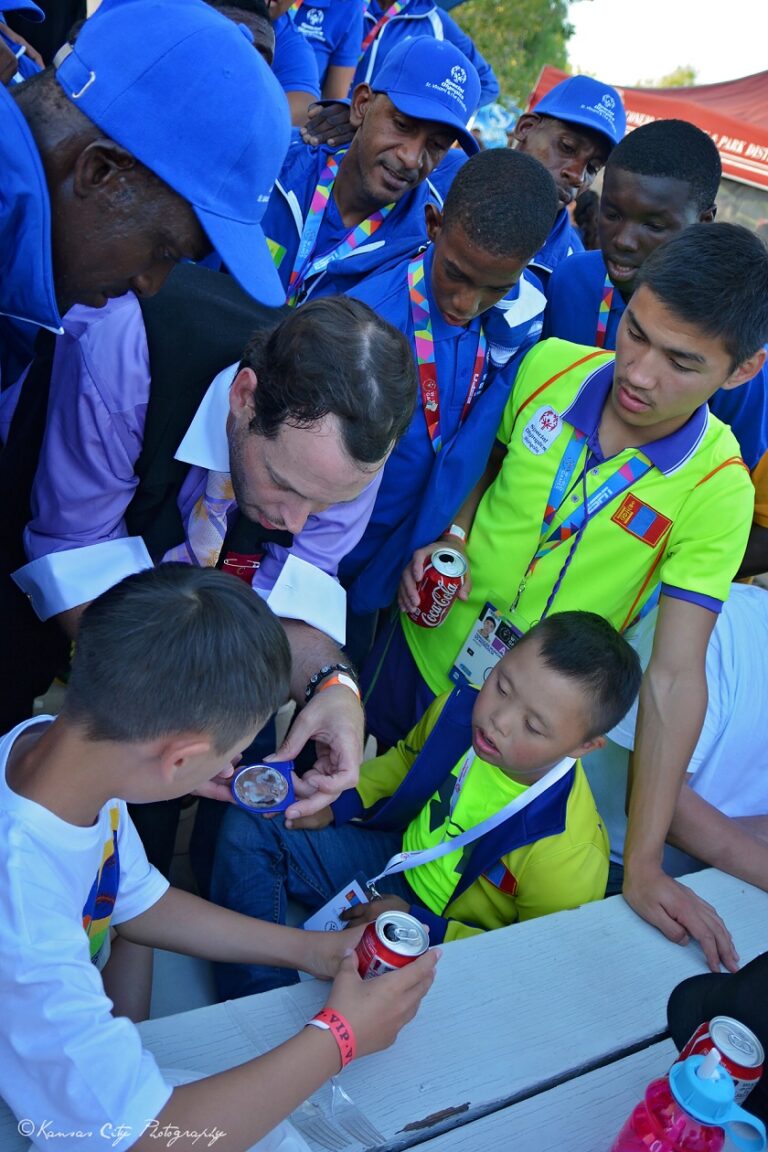 As a newbie to the scene of journalism and a women with Asperger’s Syndrome, I now have the perfect career where talking to strangers is expectable – something that got me in trouble more times then I care to admit. Finally I am in a safe environment, where my innate desire to ask questions, and being inquisitive, is appropriate. I grew up next door to a couple that had a new exchange student every year for 10 years of my grade and high school time, so I was asked to show the students around and I learned so much about the differences in our cultures. Now I’m getting to meet many from all over the world and what a wonderful experience with other people from different countries, right in my own neighborhood. My photographer is also an Aspie like myself and has had the opportunity to travel. He tells me his experience with covering the world games is inspiring him to continue to travel around the world and learn all that he can from all the different cultures.

We were happy to be invited to go along with the Santa Barbara Host Town and the athletes to the Zoo. They are hosting Guatemala, Honduras, Nicaragua, St. Kitts & Nevis. Walking around the picturesque landscape that is home to some unique and natural exhibits, it was fascinating to hear the different dialects of language. There were a group of athletes that used sign language to communicate and it too had to be interpreted just as any foreign language does. This was a lively bunch and how fun they all had relaxing, laughing, making new friends and enjoying the animals. Michelle Duke, Special Events & Volunteer Manager of Special Olympics Santa Barbara was there to make sure it all went off without a hitch. The athletes were greeted by many of the Zoo staff and volunteers of Santa Barbara and made to feel right at home. 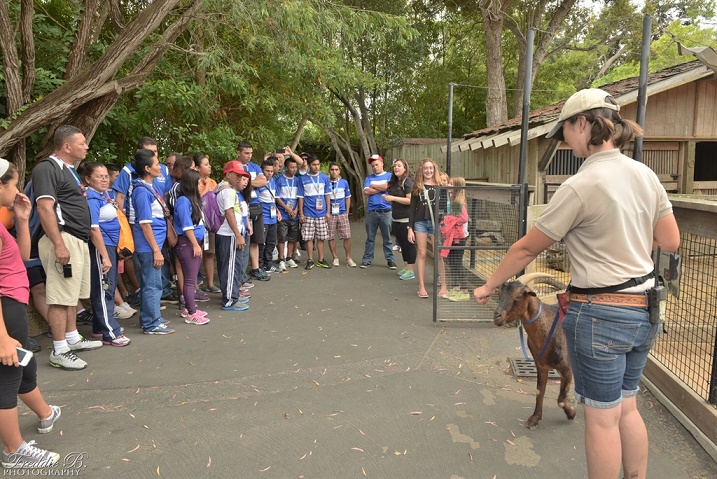 When a young woman with Autism came up to me and pointed to my hat, which is adorned with some pins that are specially made in honor of the Special Olympics 2015, it was clear to me, though I did not speak her language, that she wanted one of them. I had two of the same so I gave her one, then she handed me a pin that was the flag of her country. I felt so honored and when I told her thank you she quickly ran away, only to return to me a minute later with her interpreter to find out what I said. When he explained I was merely thanking her, she wrapped her arms around me so tightly, giggled, and then ran to get many of her teammates to trade pins with me. I soon ran out, but they continued to give them to my photographer and I anyway. It was such a heart-warming experience we both had to agree that there is something extra loving about the athletes we have been meeting through this unique experience. 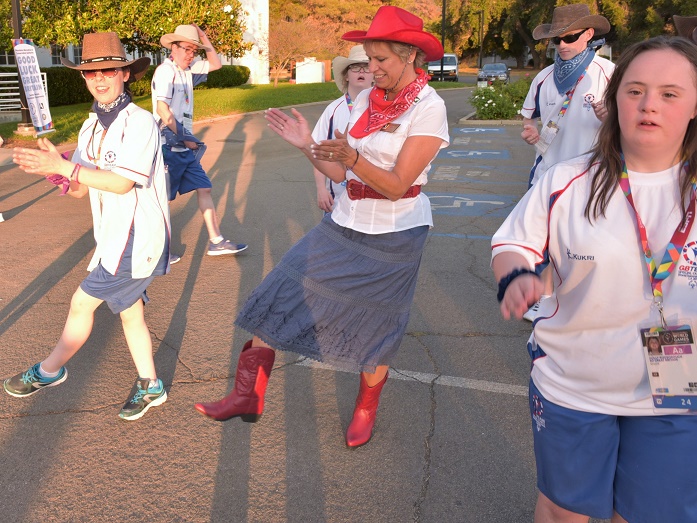 Mayor Lucy Martin of Calabasas, which is host to the British athletes, was kicking of a good ol’ fashioned hoedown with a big “YAHOO” when SpecialNeeds.com arrived. It was complete with BBQ, Square Dancing, horses, and a covered wagon. Lots of British athletes and their delegates were enjoying the festivities, sporting the cowboy hats, complete with colorful bandanas t’boot! After a dessert of cheesecake, it was time to hit the dance floor. Most everyone was out there hooting and hollering as the band played some great music fitting of a real western ‘shindig!’ Speeches of encouragement were made and many of the council members of Calabasas City Hall, let their hair down and had some down to earth fun, bonding with the special adults that make up Team GB. 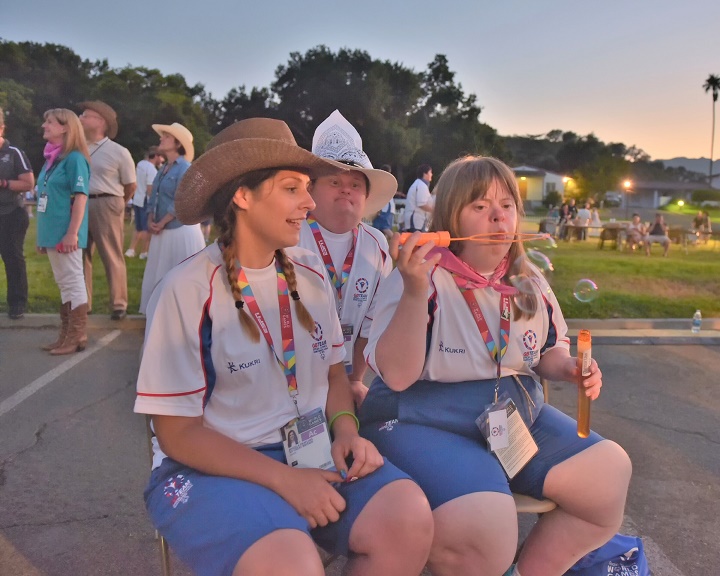 The next day everyone from the UK Group took A-Class buses over to US Ambassador’s Regent’s Park residence in Los Angels for a Garden Party. Guests included PFA Chief Gordon Taylor, Nigel Lythgoe of “So you think you can dance,” Isaac C. Singleton Jr. (Pirates of the Caribbean), and a few other known celebrities. Gold Medalist UK Boxing champion Audley Harrison told SpecialNeeds.com, “I am dedicated to supporting any sports for anyone that has the determination and passion for it as I do, and these athletes here today show so much of that when they are playing.” It was a moment in history as I witnessed Steven Dodd, a 3 time gold medalist in Kayaking tell a BBC reporter, “Just because special needs adults have intellectual disabilities it does not slow them down or keep them from being able to ​perform as professional athletes!” 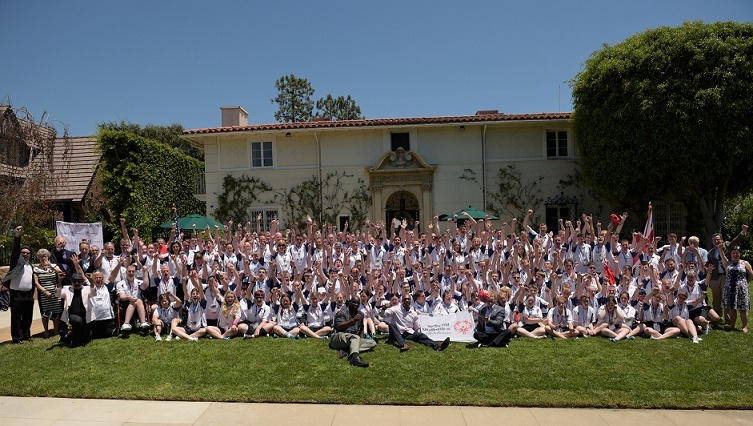 Opening Ceremonies for the Special Olympic World Games LA2015 is July 25th, until Aug 2nd. I, Robin Borakove, along with FreddieB. Photography, Christina LaScala, and with much appreciated assistance from Kansas City Photography, will be covering the nine days of games and ceremonies. Stay tuned for daily reports from an event deemed the largest of its kind since 1984 Olympics Games Los Angeles. ESPN will be broadcasting live from 6-9 P.M. PST and you can witness it for yourself. The First Lady, Michelle Obama will be among the VIP’s to welcome the athletes in grand style, as they are right where they should be, Hollywood, celebrated as the bright stars they truly are.