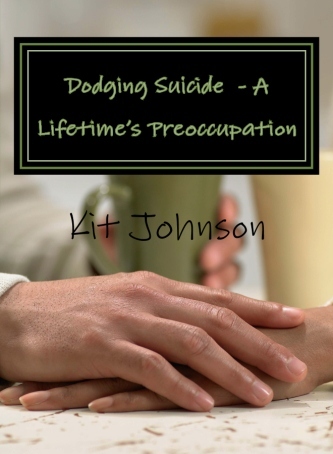 If it wasn’t bad enough being a teenager, it’s a real bummer if you are developing symptoms of Bipolar. As parents, if we’re honest, we want a bit of rebellion in our children. It’s healthy for them to be reprobates — within reason of course — and getting their elbows out, and testing the life’s realities before they are set loose.

As a male, I went through the normal pattern of trying for the world “bashing the bishop” record, but whilst most boys work through the irrational feelings of guilt, the one with Bipolar suffers in ways his parents cannot begin to understand. If it’s the Dysthymic phase, the characteristics will be lack of self esteem, poor concentration, a degree of self loathing and depression and a general overwhelming lethargy. Sounds familiar doesn’t it!

And then when the euphoric phase kicks is, the mood will be high energy, nonsense — often endearing — mental sharpness and outright arrogance. Sounds familiar doesn’t it!!

There’s the rub, so much of Bipolar can be ascribed as teenage hormones, and without seeking to be alarmist, this illness lurks beneath the surface like a Shark! One can almost hear the fabled music.

Time for some levity, which is how I cope. I went to the Psychiatrist and said “can you help me out?” He said “sure, which way did you come in?”

Now lest someone shouts foul, I am not against therapy. Far from it. And the fact that SSRI’s leave you belching for England, and if you’re a man, give your priapic erections, but where the firing pin refuses to detonate, I am not making a case for being anti-meds. But I am saying do not ignore your own instincts and common sense. We are inured to think there is always a silver bullet solution, often found at the end of a prescription, and I am saying no one knows your child better than you.

And unlike damaging your cruciate ligament, where the treatment is universal, there are so many levels of Bipolar. I am for example, Cyclothymic, which is rapid cycling, in which moods can change like the weather.

It’s taken me 45 years, umpteen different drugs and 11 psychiatrists, before I came to the conclusion I had to forget a cure and learn to manage it for myself. And as I now like to say, God made me Bipolar, but he made me funny. I’ve learned to actively laugh at the absurdities of my condition, and stop worrying. The condition is a bugger and no mistake, but it brings certain gifts, and I’ve embraced the ones I have been given and made them work for me.

If you feel you are at that point where this might be a possibility, do seek professional advice but do not abrogate your own input as parents. As with all things, only those who have the condition really “get it” so listen, don’t judge and look to the positives. There are many, and focussing on the positives is the way forward. Live with the bad bits, and try, like me, to see the funny side. It’s not easy and for many it simply won’t do, but avoid seeking the silver bullet. It’s a fool’s errand.

“Ah yes” he said “you have Tom Jones disease”

“Is it rare” I replied

Bipolar is unusual, and early diagnosis is difficult. Separating teenage angst and anger from actual Bipolar is a tough call. Don’t see demons when they are not there, but if your child really is a stinker, with huge mood swings, then perhaps consider the problem might be a little more complex.

Since we are in the realms of treatment and medication, you’ve just had a small dose of Kit Johnson. I hope it’s helped!