HomeProducts and ServicesSpecial Needs App of the Day – Seizure... 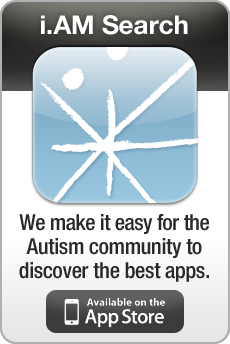 Robert and Lisa Moss began tracking their son Evan’s seizures when he was one month old. But Evan’s seizures were so frequent that it was difficult to track them on the paper form they’d been given by the neurologist. Robert Moss looked for a web-based solution. He couldn’t find anything that would help track the seizures and the medications in order to monitor the effectiveness of different drugs and dosages. So he created a simple web-based diary with the ability to chart Evan’s progress.

“Evan’s neurologist asked if we would make the diary system public to help other patients,” Moss says. “We spent about six months refining the system and we launched SeizureTracker.com in 2007. We actually launched the website in the waiting room while Evan — then four years old — had surgery to remove three brain tumors.”

Why Did You Develop the Seizure Tracker App?

Robert Moss: After the surgery, Evan was seizure-free for about two years. When the seizures returned they were less frequent but more dramatic. Because of the change in the type of seizure, Evan’s neurologist wanted video of the seizures. We had to capture the seizure on video and time it. We had to call 911 if a seizure lasted more than five minutes. After fumbling around with a watch, camera and phone in the middle of the night, it occurred to me that the iPhone could be used to video and time a seizure. The iPhone4 had just come out with light and video, and I knew we could build a recorder app that would integrate with our diary website. At the time, we had the ability to share private videos on YouTube via our website but an iPhone recorder app would make it that much easier to upload and share private videos with neurologists.

We chose Element 84, a web and mobile development firm with impressive experience in iOS development, to help us create the app. They helped us understand the capabilities of the iOS platform and developed the interface. The app was released in December 2010.

How Does the Seizure Tracker App Work?

Robert Moss: The app can serve as a basic stand-alone diary, self-contained on the phone. Physicians can use the video to determine seizure type and prescribe the appropriate medicines.

If you sync the data from the app with the website, you can access the graphing feature and track additional information, including diet, ketone levels, menstrual cycle, and medications. The website is also set up to collect device settings data from a Vagus Nerve Stimulator (VNS), an implant device that administers mild electrical pulses to help prevent seizures. All of this data can be presented in charts that help neurologists pinpoint patterns and make treatment decisions. For example, when we added a time-of-day chart, we noticed that most of Evan’s seizures occurred at a certain time of night. We realized he was metabolizing his medicine too quickly and we adjusted the timing and dose of his medicine.

One of our clients has been seizure-free since the time-of-day chart helped her doctor adjust her medications. Prior to that, she had multiple seizures each week.

Parents can also see patterns that help to predict when the next seizure is likely to occur. Charting the timing helped us to realize Evan’s seizures occur every 10 to 14 days. We know to be more vigilant after nine days. This really helps with quality of life.

But quality of data is what really drives quality of life. When we first began tracking seizures, we had to remember the characteristics of the seizures and try to accurately report the information to doctors. As he recovered from a seizure, we were trying to take notes to give the doctor. Now all of this is recorded. It is more accurate — and we can focus on our son instead of our notes. One button uploads the video for the neurologist to view.

In the epilepsy world, it is so important to communicate good information with physicians.

Seizure Tracker goes beyond providing accurate information to patients’ doctors; a separate platform based on the Seizure Tracker design is also being used in a clinical trial studying possible neurocognitive benefits from treatment with Everolimus in patients with Tuberous Sclerosis Complex (TSC).

Editor’s Note: The Wynsum Arts app, i.AM Search, is currently geared toward helping children with autism. We decided to profile this app because we knew anecdotally that many people with autism also have seizures. During our research, we found that the National Institute of Mental Health (NIMH) reports one in four children with autism has seizures, often starting in childhood or in the teen years. The NIMH cites “Medical Problems, Treatments, and Professionals” by Fred Volkmar in the second edition of Children with Autism: A Parent’s Guide (2000) as the source for the statistic.